Men's Hairstylist of the Year

NAHA 2013 Winner!
Matthew Morris
Salon: Matthew Morris Salon and Skincare, Denver
Category: Men's Hairstylist of the Year
Photographer: Greg Christman
Inspiration: This year Matthew Morris launched a men's department within its salon and inspiration was drawn from there.
Bio: Matthew Morris, a Colorado native, began his career as a makeup artist. With high demand for his celebrated work, it was only natural for Morris to transition into hair. With a background in sculpture and design, he found his favorite medium in beauty. Morris helped Kerastase provide advanced education in salons and currently serves as Artistic Director of the Kerastase T.E.C.H team. The visionary's work has debuted on the pages of Vogue, Elle, InStyle, Allure, and beyond. He has also been a staple stylist for over 28 seasons backstage at New York Fashion Week for designers such as Tom Ford, Oscar de la Renta, Michael Kors, Carolina Herrera, Derek Lam, Alexander Wang and Rodarte. He is the principal stylist leading his own team at Aspen Fashion Week, and has worked with Orlando Pita and his team at New York Fashion Week and is also the top talent behind Victoria's Secret annual runway show. America fell in love with Morris after he starred on the hit reality show Bravos Shear Genius during its third season, but he believes that his real achievements are the rare opportunities he has had working with top talent artists in the industry.


4. Andrew Carruthers
Collection: The Raw Gentleman
Salon: Lunatic Fringe Salon, Salt Lake City, Utah
Category: Men's Hairstylist of the Year
Photographer: Andrew Carruthers/ Jake Thompson
Inspiration: "The vision for my shoot came from wanting to show the influence of the early 1900's in today's indie fashion world. I wanted something dirty and gritty that stayed incredibly masculine," says Andrew Carruthers. "I believe men's hair shoots often turn androgynous or even feminine. Brad Pitt's cover on Interview magazine was a killer black and white shot that showed every flaw and wrinkle in his skin. I loved the story it created and it became my inspiration for the feel of the photography."
Bio: Andrew Carruthers'14-year career as a hairdresser has been extremely diverse. The foundation has always been his consistent clientele behind the chair, but there's always been other focuses to feed his soul. As an educator, Carruthers has worked for topnotch companies such as TIGI, Paul Mitchell Advanced Education, and most recently Sam Villa. From one- on-one hands-on classes to large stages, his love for supporting others and sharing his discoveries has been a primary passion since the early days of his career. His award-winning photo work is what allows him to explore his artistry and inspire outside of the salon, stage, and classroom. As a co-owner of the NAHA recognized Lunatic Fringe Salon in Salt Lake City, UT, he continues to work behind the chair and shape new hairdressers every day.


7. Sal Misseri
Collection: Mod-Mob
Salon: Ladies & Gentlemen Salon, Chicago
Category: Men's Hairstylist of the Year
Photographer: Babak
Inspiration: "I wanted very expensive looking men with strong shapes. I wanted it to seem as though they were running the Speakeasy bars in Chicago during the 1920's, but with a modern twist to their hair. I wanted them to look like classy men rather than juvenile boys," concludes Misseri.
Bio: Sal Misseri has been a stylist for 4 years and is now creative director for Ladies & Gentlemen Salons and Brown Aveda Institutes. 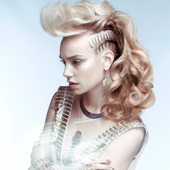 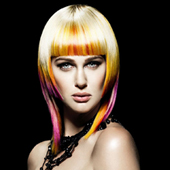 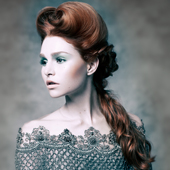