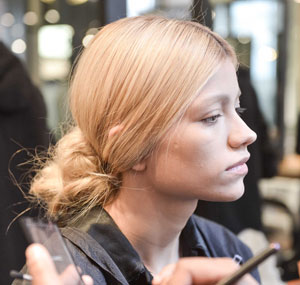 Leggy models strutted about TIGI Academy's chic Broome Street space, which served as an oasis of calm during the frenetic buzz that typically surrounds Fashion Week. Models were primped and prepped in a rather serene setting-an assembly line of topnotch hair stylists and makeup artists working their beauty magic on the models.

The fashion collection was inspired by the power outage that blacked out much of New York City during Hurricane Sandy in the fall. As long-time residents of New York City, the Haus Alkire design duo ventured into the storm, using their cameras to capture the lone and mysterious silhouettes that appeared in windows illuminated by candle light. Drawing inspiration from the "beauty in the eeriness" as well as the movie "The Elephant Man," the collection plays on the contrast of beauty and darkness.

TIGI US Creative Director Heath Grout was the lead stylist for the show. The hair featured bold contrasts in texture and shape, further establishing the Haus Alkire theme of creating beauty out of a dark moment. The overall look was sleek, structured on the top and offset by a textured, elongated bun at the nape. 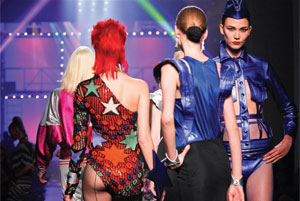 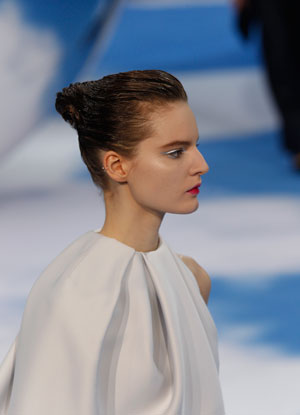