Gender Reveal Parties step aside. Creative salons have begun offering a more unique way to announce whether their expectant clients are having a boy or girl.
Baby bliss is contagious, especially when your dearest clients will soon be adding new members to their brood. How can you become an important part of their celebration: Hair Color Gender Reveal. 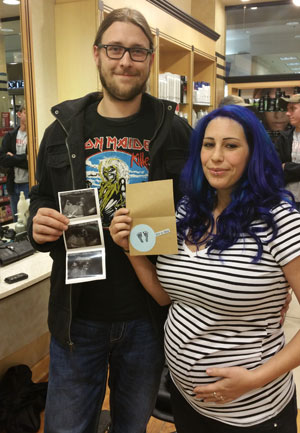 For parents-to-be who want to celebrate the moment they learn the sex of their babies (prior to delivery), gender reveal parties have been the celebration of choice for several years. But while pinatas stuffed with pink or blue candies, scratch-offs announcing it's a boy or girl or cakes with hidden layers of telltale colored frosting still have irresistible appeal, some stylists are now offering a more intimate setting for this life-changing discovery through hair color.

Covering mirrors and sending husbands away until the finished hair color is securely wrapped with towels, two such stylists tell their memorable roles in hair color gender reveals.

"Amanda, my friend and client sat down with me one day with an envelope in her hand," says Amber Sacrison of Salon One, Rapid City, South Dakota. "She told me, 'This is a medical report that reveals whether I'm having a boy or girl. I don't want to just open it; I want to celebrate in a unique way when we first learn the sex of our baby. Would you surprise both of us by coloring my hair pink or blue?'

Sacrison thought it was a genius idea, as did Jamie Waier of La Di Dah Hair and Makeup Design in Jefferson City, Missouri, who received a nearly identical request from her client and cousin Rena. "I covered all the mirrors and anything else that could possibly cast a reflection," says Waier. "I was also entrusted with the unopened envelope from the doctor that revealed the baby's sex and opened it secretly in the dispensary. A few hours later, it was time to undrape the mirrors and remove the towel from Rena's head. I'll never forget the look in her eyes when she learned she was going to have a baby girl."

Watch this before, during after hair color makeover that revealed the upcoming arrival of a baby girl.

This is a priceless video that reveals a sweet baby boy is on the way! (Spoiler alert: The mom-to-be's reaction is priceless!) 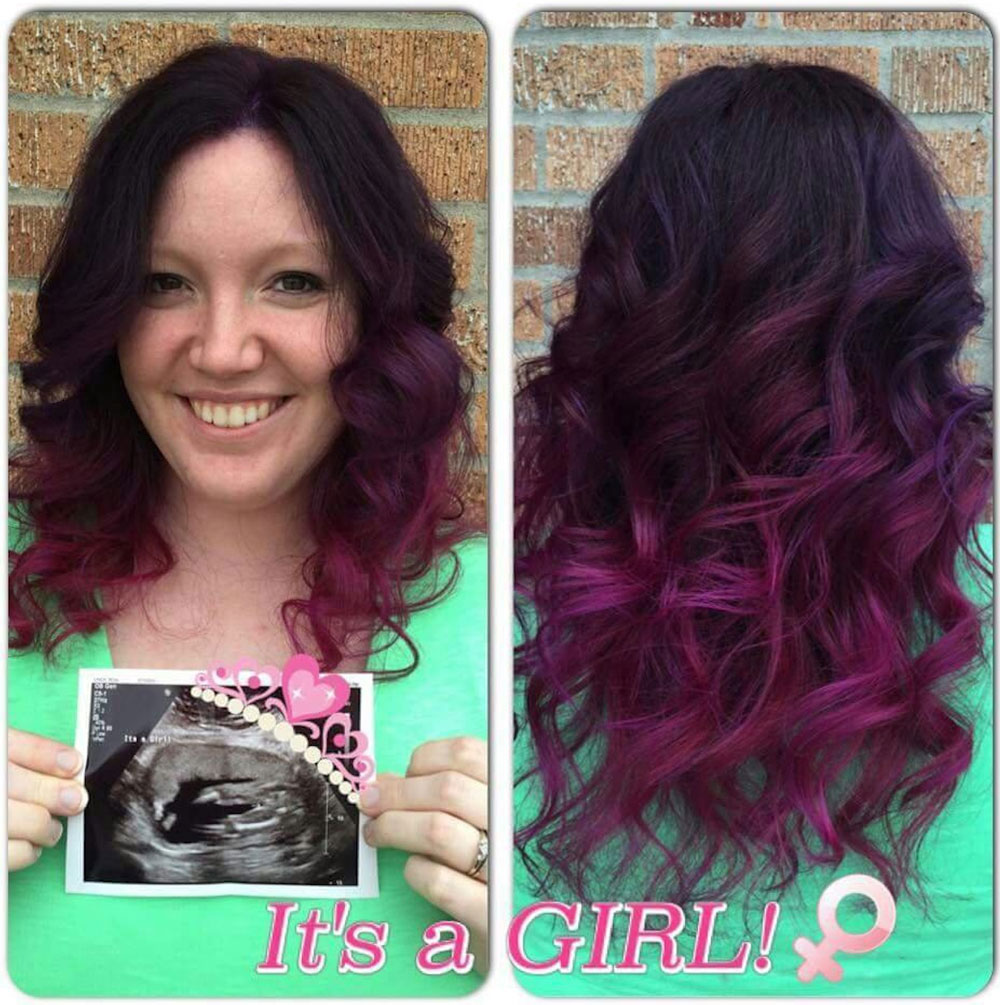 Stylist Jamie Waier used Pravana ChromaSilk 5.37/5 (Golden Violet) for the base, VIVIDS Wild Orchid with a drop of Violet for the mid-strands and ? Magenta and ? Wild Orchid for the ends to create Rena's Hair Color Gender Reveal!
Apr 18 2016 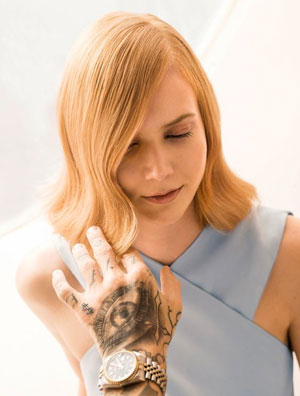 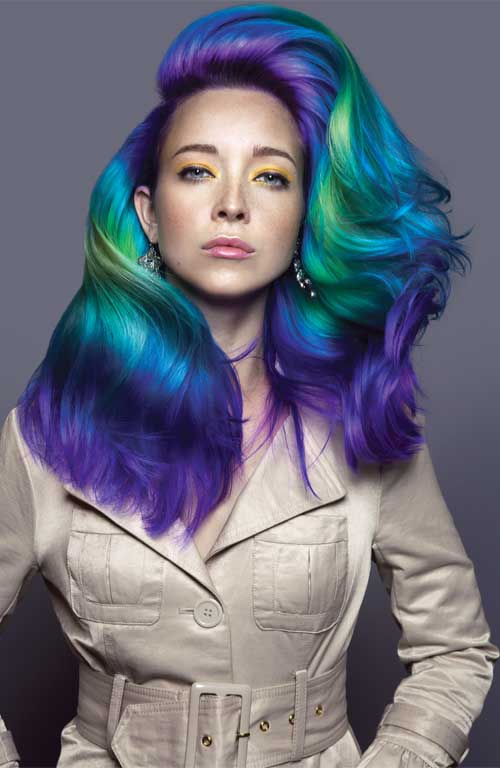 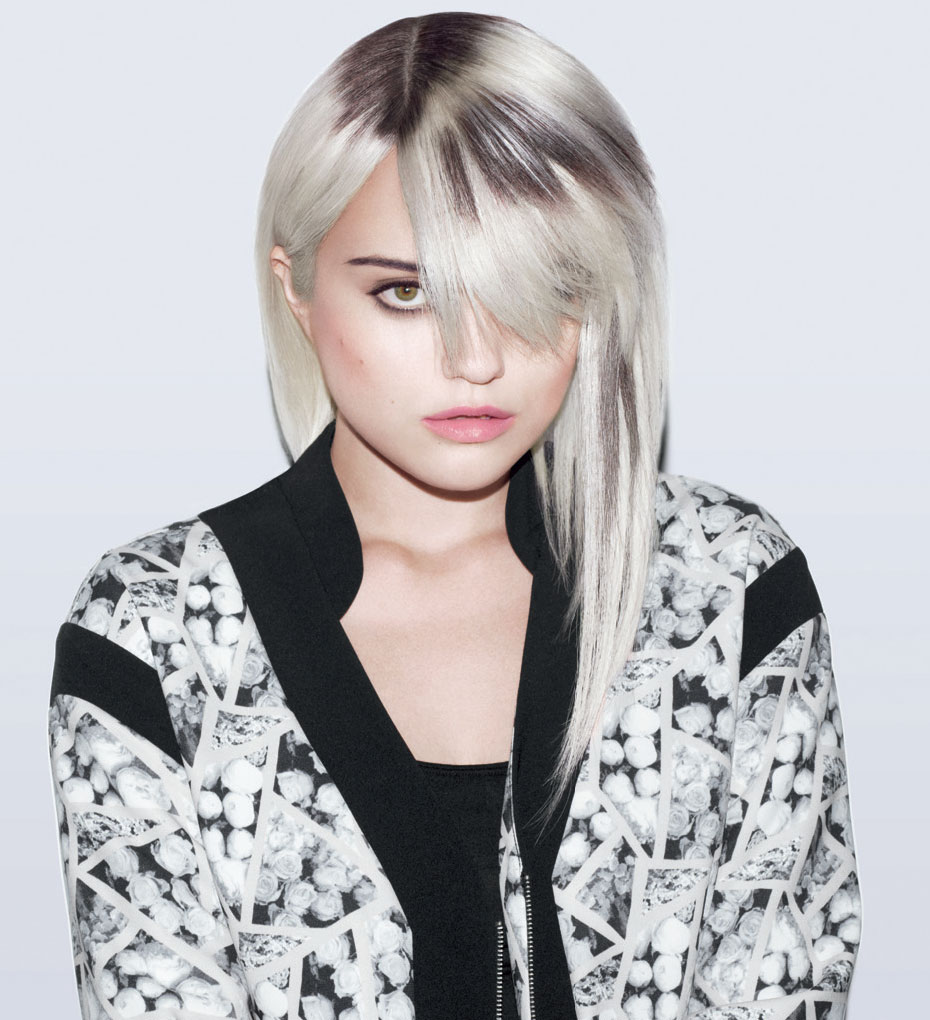